The Most Beautiful Tiny Villages in Switzerland 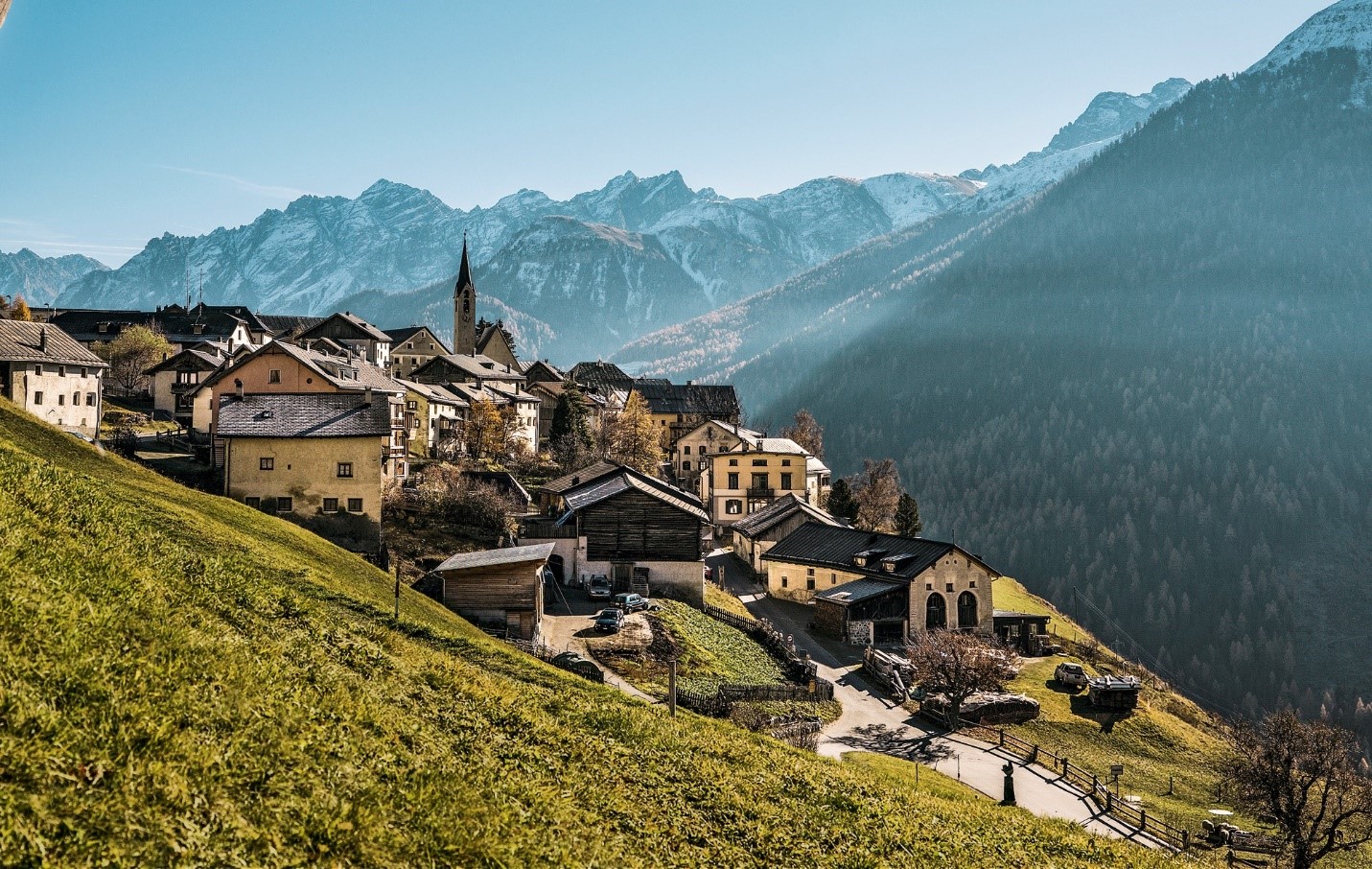 The beauty and enduring appeal of Switzerland is found not just in its mountainscapes and breathtaking natural wonders. But, also in hundreds of small towns and tiny villages. Even Switzerland’s largest cities—Zurich, Geneva, Luzern, Lausanne—have at their core a small, medieval old city around which the modern city bustles. When you’re in the Alps next, don’t miss these tiny villages. Each with a population of less than 1000, they have retained every bit of their old-world charm and authenticity.

In 1243 this Valais jewel became the first village in the Val d’Anniviers to become a municipality. Even with the ski boom of recent years, the traditional alpine homes and farm buildings in the heart of town have been beautifully preserved and bedecked with geraniums.

The 7th century Irish monk, St. Ursicinus, who built a monastery here, chose a protected location in the Jura mountains, on a bend in the Doubs before it flows into France. With its Romanesque abbey church, a cloister, and dozens of medieval houses, St Ursanne radiates medieval charm throughout.

In the 13th century this walled hilltop village and the Castle of Gruyères did a good job of keeping out invaders. Today the invaders arrive on tour buses and come to enjoy the castle, the museums, shopping, and cuisine—served with its namesake cheese—plus desserts slathered with the ultra-rich double crème, from the cows grazing below. We visit Gruyeres (one of our favorite tiny villages) on our Scenic Alps by Rail tour.

Perched on a sunny mountainside terrace in the Val Bregaglia, Soglio gazes across the valley to the Bondasca glacier and the granite peaks of the Bregaglia Range. There were settlements in Soglio in prehistoric times, and the name of the town is found on documents dating back to 1186. The town is centered around the Church of St. Lorenzo and the Palazzo Salis, with its Mediterranean gardens.

Set on a sunny south-facing hillside in the lower Engadine, Guarda is a popular base for hiking in the region. But the real attraction is the way the traditional architecture of the Engadine has been preserved in the houses and buildings throughout the village. Many of the beautifully decorated sgraffito facades, with arched doorways and rough plastered walls date to the 17th century.

This former fishing village on the shore of Lake Lugano is certainly one of the most frequently photographed places in Ticino, Switzerland’s sunny Italian-speaking canton. Then in 2016 Morcote was voted Switzerland’s most beautiful village. A band of vineyards separate the lower lakefront villas from the towering pilgrimage church of Santa Maria del Sasso, accessed by the spectacular Way of the Cross.