10 Things You Should Do in Switzerland at Least Once 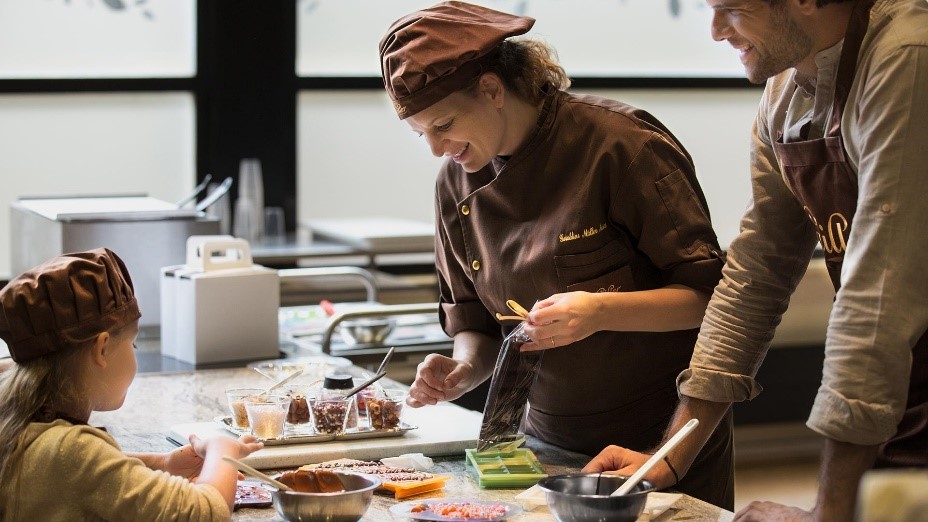 Switzerland is known for its stunning alpine scenery, beautiful lakes, ski resorts and charming alpine villages. But it also offers some unforgettable travel experience that you simply can’t get anywhere else. I’ve been traveling and living in Switzerland for over 50 years and I’m going to share with you 10 things you should do in Switzerland at least once. I’ve experienced some of these repeatedly, year after year, and they never grow old. We include many of these authentic experiences in our tours, so I know you’ll love them too.

1.  Catch Sunrise on the Matterhorn

Seeing the Matterhorn for the first time is captivating. Then as you stay in Zermatt and see the Matterhorn repeatedly throughout the day, you realize that it never looks the same way twice. The light angle changes, the clouds move, and you walk and observe it from different angles. The Matterhorn is never more breathtaking than at dawn as the sun crests the ridgeline to the east to casts its dawning light on the Matterhorn in a slow reveal—first on the top, in a golden or magenta hue, then creeping down the face of the mountain.

For more than 100 years, the Jungfrau Railway has been making its skyward journey as it tunnels through the Eiger to arrive at Europe’s highest-altitude railway station at 11,333 feet elevation, and overlooking the Aletsch Glacier, the longest glacier in the Alps. Once on the rock and ice summit, you’ll explore the Ice Palace, the Sphinx viewing platform, and venture out on the glacier.

You’ll find several chocolate attractions and factory tours in Switzerland—The newly-opened Lindt Home of Chocolate, Camille Bloch, House of Läderach, and Maestrani’s Chocolarium to name a few. But if you’re going to do just one chocolate factory tour, I’d suggest you go to Maison Cailler, home of Switzerland’s original brand of chocolate. Immerse yourself in the history and tradition of chocolate, taste the raw ingredients, see a production line in operation, then conclude at the tasting line. Book classes and workshops in advance.

4. Make Cheese on the Alp

There are several large commercial demonstration dairies where you can watch cheeses like Gruyère, Emmentaler, and Appenzeller being made—and each of these three are excellent and worth a visit. But nothing compares to joining a farmer on the Alp and making cheese over an open fire. You’ll draw the curds out of the vat and press them into molds to form the cheese. It’s magical.

5. Make Your Own Swiss Army Knife.

The Swiss Army Knife is a cultural icon. These knives are manufactured by Victorinox, the largest manufacturer of pocketknives in the world. But did you ever imagine you design and personalize your own Swiss Army Knife? At the Victorinox Store and Museum in Brunnen Switzerland, near the Victorinox factory in Ibach, there is factory outlet where you can select the model, tools, color and grip, then have it engraved with your choice of text.

In this traditional festival as 20,000 spectators line the town’s narrow streets, suddenly the entire town goes dark. The procession begins with hundreds of townsfolk chasing away the evil spirits with bell clanging, whip cracking, and horn blowing to welcome the arrival of St Nicolas, followed by a procession of 250 illuminated headpieces.

You’ll have opportunities to taste fondue at restaurants throughout Switzerland. But at the Fondue Academy in the medieval walled village of Gruyère a fondue master will walk you through the steps as you make your own bubbling caquelon of cheesy goodness. You’ll enjoy the meal with all the accompaniments and receive a certificate of achievement for your newly-mastered culinary expertise.

8. Stay in a Traditional Berghotel

A Berghotel (or Berghaus or Berggasthaus) is a simple mountain inn with a spectacular mountain setting. Many date to the 19th century, and typically offer both private rooms, a dormitory and have a large dining room. There’s nothing like a Berghotel in the States, and probably hasn’t been for over 80 years. They are a uniquely Swiss institution and many Swiss will walk miles on a remote mountain trail in the rain to spend a night at a Berghotel. One favorite Berghotel that offers both car and bus access is Hotel Engstlenalp in the Bernese Oberland.

The thunderous roar of Europe’s largest waterfall deserves to be experienced up close on one of the boats that sails in the turbulent basin at the base of the falls. The No.1 Yellow Line Rock Cruise is the most exciting route as it takes you to the rock outcropping in the middle of the falls.

After their summer holiday grazing on high alpine pastures, the cows make their procession down to the valley. They come with flowered headdresses and ceremonial bells while the locals celebrate with food and festivities including alphorns, brass bands, and flag throwing. Désalpe (Alpfahrt in German) is celebrated in farm communities throughout Switzerland, but it doesn’t get any better than in the village of Charmey in the Gruyère Region on the last weekend of September.