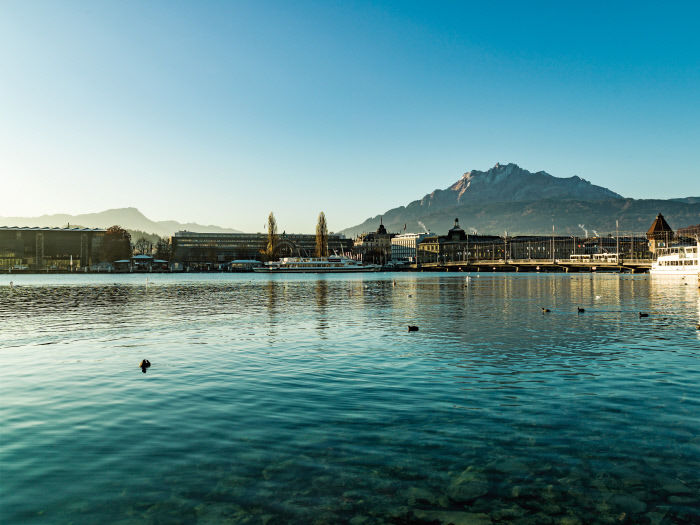 Luzern or Lucerne? Are they the same city in Switzerland?

Yes. Luzern and Lucerne are simply different spellings for the same Swiss city. Luzern is in the German-speaking part of Switzerland. So, the standard spelling at the train station, street signs, or on public buildings is Luzern. But, it’s also a popular international tourist destination, and many visitors are more familiar with the English or French spelling, which is Lucerne.

How do you pronounce it?

Luzern’s tourism office takes it all in stride and their logo includes both spellings. The German spelling is on top and the French or English

spelling is reflected below. It beautifully symbolizes the lakeside location and the familiar reflections found along the lakeshore.

And speaking of the lake, among English speakers, it’s called Lake Lucerne. While among German speakers, and officially, its name is the Vierwaldstättersee, meaning “lake of the four forest cantons.”  While in French it’s referred to as lac des Quatre-Cantons, and in Italian lago dei Quattro Cantoni.

In Switzerland, a country with four national languages, there are often two, three, or even four variations for spelling the same location. It helps to be a polyglot in Switzerland—or Schweiz (German) Suisse (French), Svizzera (Italian), Svizra (Romansh), whichever you prefer.

We offer visits to Lucerne on several of our tours. Scenic Alps by Rail and Christmas in Switzerland both make stops in the lakeside village. You can also add it to any of our self-guided tours. We’d love to see you there.