Best of Switzerland travel — from the Swiss Alps to cities 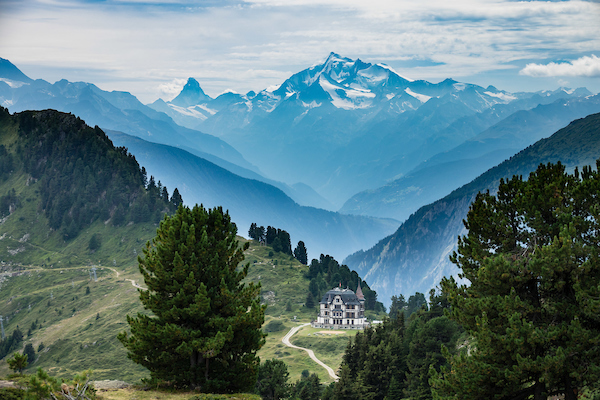 If gorgeous Swiss Alps scenery, world-famous cities, and delicious food appeal to your sense of adventure, then it’s time for your next trip. Although it’s a small country, Switzerland has made a big impression on visitors for almost 200 years. And it’s easy to see why.

Between its chocolate and cheese, cities and scenery, Switzerland has something for everyone. But since there’s so much to see, you’ll need to do your homework before planning your next excursion. Here’s what you should know.

People have lived in modern-day Switzerland for hundreds of thousands of years. But the country’s official history dates back to 1291 A.D., when three cantons formed an alliance. Their pact created a loose confederation that slowly added new cantons, adopted a policy of neutrality, and put their armies up for hire. After many years, including a few spent under Napoleon’s thumb, Switzerland finally became a unified federation.

The country’s population of nearly 8.4 million people is concentrated on the Swiss Plateau, in cities like Zurich, Geneva, Basel, Lausanne, and Bern. City dwellers flee en masse on the weekends, escaping into the Alps.

Switzerland doesn’t belong to the European Union, so you’ll need to use Swiss francs during your trip. Although the exchange rate fluctuates, one Swiss franc is usually worth slightly more than $1.

If anything symbolizes Switzerland, it’s the Alps. These emblematic mountains include famous peaks like the Matterhorn and the Jungfrau, as well as popular treks and hikes. The Swiss Alps are a must-see for avid hikers, nature lovers, and anyone else who passes through the country.

Consider trekking from Chamonix, France, to Zermatt, Switzerland, on the Haute Route. This trek is strenuous but stunning, taking adventure travelers from Mont Blanc (in France) to the Matterhorn (in Switzerland). The trail is well-groomed, and mountain huts provide refuge along the way.

The Glacier Express is another Swiss Alps staple. Marketed as the world’s slowest express train, it goes from Zermatt to St. Moritz, crossing 91 bridges and 291 tunnels along the way. Visitors often laud the Glacier Express as a highlight of their Switzerland travel.

For many travelers, the Jungfraujoch is yet another must-visit. At 11,332 feet (3,454 meters) in elevation, it’s the highest railway station in Europe. Visitors will also find an observation platform, restaurants, and an ice palace, all while enjoying a panoramic view of alpine summits. No matter when you visit, make sure that you bundle up!

Although the Swiss Alps are the real star of a trip to Switzerland, make sure you visit a few cities during your vacation. Bern has retained medieval magic in its old town, where you’ll find a covered promenade, towers, fountains, and sandstone buildings. In the summer, Bern’s residents splash around in the Aare River.

Geneva is the largest city in French-speaking Switzerland. Located on Lake Geneva,  it’s both charming and cosmopolitan. Popular attractions include the jet d’eau (a fountain that blasts water 460 feet above the lake), St. Pierre’s Cathedral, and lake cruises.

Back in German-speaking Switzerland, Zurich is an important hub for art, shopping, and nightlife.

Smaller cities like Basel and Lucerne show off different sides of Switzerland. And little villages, from Appenzell to Zermatt, merit just as much attention as major cities. For example, Appenzell is an enclave of traditional culture, and Zermatt is a hub for mountain lovers and train enthusiasts.

And, if you’re hoping to embark on an unforgettable road trip, that dream can become a reality in this country. As you make your way from city to city, you’ll encounter locals, spot lakes, drive over mountain passes and have the time of your life.

Of course, Swiss food is an irresistibly attractive element of Switzerland travel. There’s a good reason that the Swiss are known for their cooking!

Back in the 19th century, Swiss inventors and businessmen revolutionized chocolate-making. They invented machines that pressed pressed cacao beans, mixed sugar and cocoa, and distributed cocoa butter and chocolate. But one of the biggest breakthroughs came when Daniel Peter invented milk chocolate in 1875.

Switzerland also produces delicious cheeses, including Emmentaler, Gruyere, and many others. Don’t miss out on raclette, a cheese that’s melted and served with potatoes and onions. It’s perfect for cold nights, and you can’t get much more Swiss than this dish.

That said, Switzerland’s cuisine has been influenced by several neighboring countries, including Germany, France, and Italy. Thanks to those cultures, Swiss food is international, hearty, and — of course — delicious.

We can think of plenty of reasons why you should book a Swiss vacation today! Zurich and Geneva boast the largest airports, although Bern, Basel, and Lucerne have small airports as well. Switzerland is also accessible by train (if traveling in Europe).