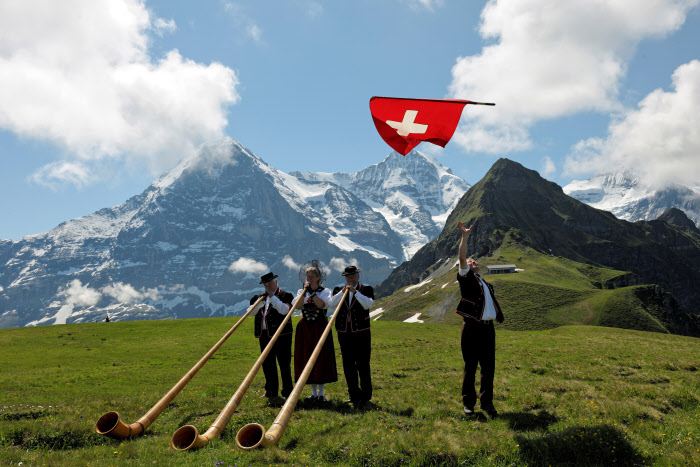 Happy birthday, Switzerland! On Wednesday, August 1, our favorite alpine country is turning 727 years old, and we can’t wait to celebrate. If you’d like to join in on the fun, here’s what you should know about Swiss National Day.

The history behind Swiss National Day

On August 1, 1291, three men — each from a different canton — met in a meadow and made an alliance. They vowed to protect each other from their enemies, and over the centuries, more and more cantons joined their ranks.

At least, that’s what legend says. Historians believe that the meadow story is more fiction than fact, but we do know that there really was an alliance. The Federal Charter of 1291 proves that Cantons Uri, Schwyz, and Unterwalden banded together, and that was the beginning of the Switzerland we know today.

Today, 26 cantons make up Switzerland, and more than eight million people live in the country. And when you add in the millions of travelers who love Switzerland, the country has quite a few fans.

However it really happened, we’re glad that history played out the way it did!

If there’s anything the Swiss love, it’s a good hike! In 1991, to celebrate Switzerland’s 700th birthday, they opened a new path that symbolizes the country’s history.

The path’s 35-kilometer length represents both Switzerland’s history and population. Each five-millimeter stretch stands for one citizen (based on the 1991 numbers), and each canton has its own section. The length of the cantons’ section is based on each one’s population, and the sections appear in the order that the cantons were added to the federation.

Embarking on the Swiss Path is a great way to celebrate Swiss National Day, and it’s an easy outing from Lucerne. Of course, there are plenty of other good trails, train routes, dishes, and castles in the country. So take your pick, and spend the day doing something you know you’ll love.

But if you’re not in Switzerland, there are a few other ways to make the most of the holiday. First, follow Alpenwild on Instagram for amazing photos of Switzerland.

Second, follow our blogs on Switzerland travel and Alps hiking. They’ll inspire you to get outside, see the world, and try something new.

Lastly, you should probably start planning your own trip to Switzerland. After all, nothing can really match the real experience, and we’d love to show you the Alps!